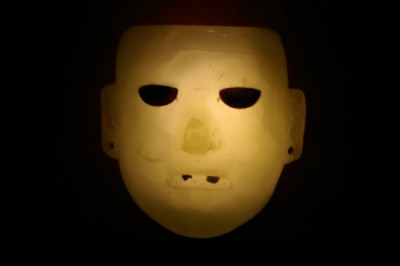 The Book of Mormon was written for our day, and serves as a warning against the Secret Combinations™ of the Gadianton Robbers. Why did Mormon, and later Moroni, spend so much of the precious space on the plates with the records of the Jaredites, specifically their secret combinations, and then the Gadianton Robbers?

There are times, where the Lord goes out of his way to warn us about human nature. One excellent example of this is the Word of Wisdom as contained in Doctrine and Covenants 89, where the Lord explains His reasoning for his council:

4 Behold, verily, thus saith the Lord unto you: In consequence of evils and designs which do and will exist in the hearts of conspiring men in the last days, I have warned you, and forewarn you, by giving unto you this word of wisdom by revelation

Notice that the reason for the Word of Wisdom is not to keep us healthy, although that is the consequence of keeping the council given, but is rather to keep us safe from conspiring men, and the evils that do and will exist in their hearts. You need only watch a football game to see how these men (and women) are conspiring to keep people buying and consuming their beverages. This is the point of the Word of Wisdom, to keep us safe from these types of people.

The Book of Mormon is full of stories whose main purpose is to help us avoing the schemes of these conspiring men. they go by different names, but they are most commonly associated with the Gadianton Robbers. This in spite of the fact that they were known to the Nephite kings and High Priests earlier than the formaiton of Gadianton's band when the 24 Jaredite plates were translated by Mosiah, but Mosiah counselled his sons to keep them from the general population:

These secret combinations are so abominable that they would cause the downfall of the Nephite nation, even they were warned and forewarned about the evil nature of these combinations:

28 For behold, there is a curse upon all this land, that destruction shall come upon all those workers of darkness, according to the power of God, when they are fully ripe; therefore I desire that this people might not be destroyed.

In Mormon Chapter 8, Mormon describes the condition of the world into which the Book of Mormon will come forth, and he specifically mentions the secret combinations:

We see these conditions all around us, with politicians and governments that support and sustain the very things that Mormon warns us to avoid:

31 Yea, it shall come in a day when there shall be greatpollutions upon the face of the earth; there shall bemurders, and robbing, and lying, and deceivings, and whoredoms, and all manner of abominations; when there shall be many who will say, Do this, or do that, and it mattereth not, for the Lord will uphold such at the last day. But wo unto such, for they are in the gall of bitterness and in the bonds of iniquity.

Fortunately, we are also provided with the only weapon that is of any use against the workers of these secret combinations, namely the Gospel of Jesus Christ. The only way we can be safe from, and eventually overcome the workers of darkness is with the power of the Light of Christ.

5 And now, as the preaching of the word had a great tendency to lead the people to do that which was just—yea, it had had more powerful effect upon the minds of the people than the sword, or anything else, which had happened unto them—therefore Alma thought it was expedient that they should try the virtue of the word of God.

No government, no army, no king, can overcome these works of darkness, only individual purity and the preaching of the word of God.

« The long and winding road... Part 1 - Which is the greatest blessing of the gospel in your life? »