About that narrow neck of land... 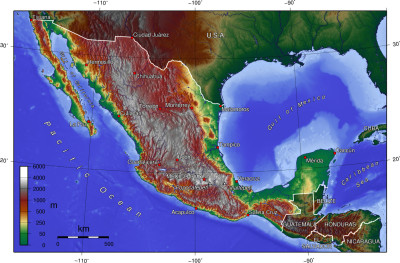 The image, the title image for this post, shows the topographical features of much of Central America. What really stood out to me was the section around Salina Cruz, where there is literally a narrow passage between the mountains where you would expect people to pass through if they were heading into the areas to the north. So it got me thinking about what they really meant by narrow neck, and I think this would fit nicely. The other interesting thing is that to reach the pass from the north or south would take about a day and a half from the from the north and a day from the south if you were traveling on foot, which is also consistent with the description in the Book of Mormon.

Huh, who knew that Joseph Smith was a student of Meso-American geology. Must have been when he was studying ancient poetry at NYU.

« Which is the greatest blessing of the gospel in your life? - Where have I been? »